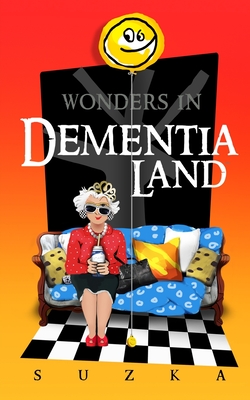 Two very different women are about to take you on a journey of extraordinary discoveries. AUDIO version available on YouTube: Dementialand Podcast Series'Wonders In Dementialand' is an imaginative account about dementia written by a painter who sees life quite differently than most people. It is profoundly intimate and powerfully inventive.Violet is an independent, godly woman living in Chicago: her daughter Suzka is a painter living the bohemian life in a converted warehouse in California. Suzka would have been the last person you would think to be a caregiver. However, when Violet is diagnosed with dementia, Suzka is suddenly left in charge. What follows makes for a novel that is funny, poignant and fascinating in its portrayal of dementia. Dementialand is located in one room, a room with tall windows that stand shoulder-to-shoulder. The windows give a panoramic view of an outside world that Violet is becoming the least bit interested in. Violet detaches herself from the status quo as though she was sitting in a moving train looking out at a passing world with flashbacks to places she once lived from a time she can't remember. Her story alternates between past memories and the present, between dementia's delusions and the artist's imaginative interpretation. The plot is simple enough, but intriguing because there is just so much going on, like dreams flitting from one scene to another. Parts are surreal using dementia as a comic hero called Skeeter, an uncommon approach. Violet meets Skeeter at a crossing terminal between two borders. Like a schoolgirl, she is smitten and scared. But dementia is persistent and romantically pursues Violet. Other parts have dreamlike processions and hallucinatory imagery depicting the facade of life. A strange collection of large cartooned balloons comfortably parades themselves about everywhere. They bring a playful lightness to the room as they float slightly above everyone's heads, compelling all visitors to look up. The ballooned heads of Dora, Betty Boop, Hello Kitty, Elmo and Cookie are given dialogues with distinct personalities that seem to make all the craziness palpable and even magical at times.It is the undefined reality, which makes this book so delightfully digestible. From Suzka talking with the ghosts of Picasso and Giacometti to Violet dancing with dementia's gypsy ladies that visit her in the night, Wonders in Dementialand discovers a world in which the perception of reality and that of dementia are both drawn closer revealing a new understanding of what is.Wonders In Dementialand is exquisitely written. The lyrical language is the confetti thrown liberally throughout the pages, adding paint and color to the story. Readers will laugh and cry and hopefully see the extraordinary wonders that can only be found living in Dementialand.A Must Read: 'Wonders In Dementialand' is a quirky, heart-warming story. It's funny, sad and touching at the same time giving the reader a glimpse into the life of dementia through unexpected lenses as a mother and daughter engage in growing out of their 'selves'.Wonders in Dementialand breaks through the stigma of dementia, which is now being called the defining mental disorder of this generation. Today more than 47.5 million are living with dementia caused by various brain diseases worldwide. Multiply that number by the family members and caregivers affected by dementia directly, day in and day out and you have a universe of people living in Dementialand. It's a subject that matters.