The Golden Star of Shanghai: California and its rise from the Gold Rush (Paperback) 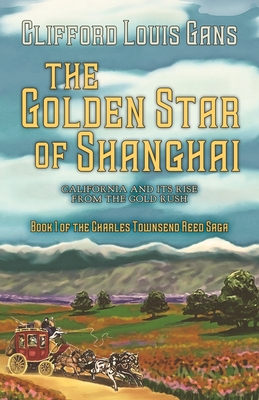 LOVE, GREED, DEATH... gambler and saloonkeeper Charles Townsend Reed has a few problems, any one of which can kill him. The woman he loves is a captive of the Hip Yee Tong, a notorious gang that controls all Chinese prostitution across California. Reed seeks her freedom which he will gladly purchase but with the Chinese Exclusion Act now law, immigration is impossible and a beautiful Chinese woman is a very precious commodity indeed. Can a deal be made or will Reed be forced to fight for Chan's freedom? The tong is powerful, with many hatchet men, but Reed has friends too. As the conflict escalates, a racist killer arrives bent on revenge. Russell McGirt will be humiliated by no man, especially by a white man who dares to love a Chinese woman. For a thief like McGirt, brutal overseer of the North Bloomfield Mine, all Chinese must go, and Reed with 'em, straight into the ground with bullets in their heads. First the tong and now McGirt, between the two of them, can a fast draw and a gambler's confidence keep even Reed from looking over his shoulder?Set against the backdrop of the Sierra Nevada mountains, Reed moves between wealthy mine owners and the Anti-Debris Association, valley farmers ready to take up arms to end the devastating scourge of hydraulic mining. Poisonous slickens defile the land, inundating and burying fields and orchards, causing the cities of Marysville and Sacramento to build levees higher each year. The miner's lock on the state legislature is all powerful and it will take a federal judge to decide the fate of California. Will the waters run clear, providing a bounty of crops or will the avalanche of debris continue? All sides are worried. Whose rights will prevail? Where does it end and what can Charles Townsend Reed do about any of this?

Cliff Gans is a native of California, where he eats, sleeps, and drinks with his wife and two dogs.