Trauma, Survival and Resilience in War Zones: The psychological impact of war in Sierra Leone and beyond (Explorations in Mental Health) (Hardcover) 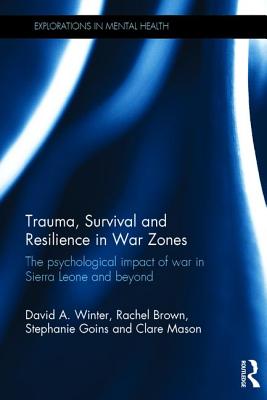 Chapters consider particular groups of survivors, including former child soldiers, as well as amputee footballers, mental health service users and providers, and refugees. Implications of the themes emerging from this research are considered with respect to how new understandings can inform current models of trauma and work with its survivors. Amongst the issues concerned will be post-traumatic stress and post-traumatic growth; resilience; mental health service provision; perpetration of atrocities; and forgiveness. The book also provides a critical consideration of the appropriateness of the use of Western concepts and methods in an African context.

Drawing upon psychological theory and rich narrative research, Trauma, Survival and Resilience in War Zones will appeal to researchers and academics in the field of clinical psychology, as well as those studying post-war conflict zones.