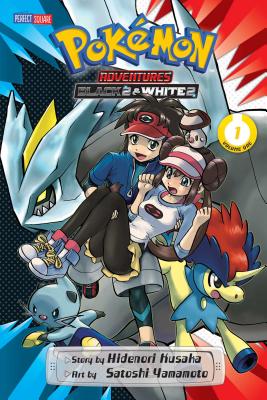 This is book number 1 in the Pokémon Adventures: Black 2 & White 2 series.

Two years have passed since Team Plasma was defeated and Trainer Black was sucked into the Light Stone along with Legendary Pokémon Reshiram… Now Team Plasma is back to its wicked ways, controlling other people’s Pokémon and even wild Pokémon with technology. Luckily, a new young hero and Looker of the International Police are on their trail…

Colress, the new leader of Team Plasma, is attacking the Unova region. His machines control Pokémon, wielding their powers for evil instead of good. Fortunately, a way to jam the signals is stored on a memory card. But who has the card…? A girl at the Pokémon Trainers’ School! Maybe that’s why our hero is such a flirt—he’s just doing his job gathering intel. But he’d better stop playing the field and find that card fast before someone beats him to it!