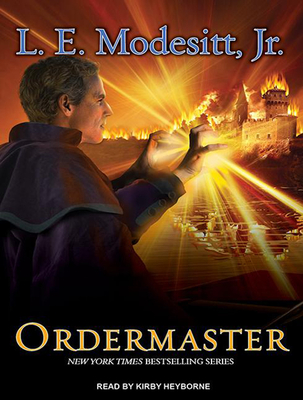 This is book number 13 in the Saga of Recluce (Audio) series.

The cooper Kharl has no sooner taken possession of the estate bestowed upon him by Lord Ghrant of Austra when he is summoned back to the capital. After a bloody campaign, in which Kharl discovers and is forced to use even more deadly order magery, civil order is restored and Ghrant's throne firmly secured. But Kharl is now a famous and feared public figure, the Lord's Mage, and his notoriety makes him uncomfortable. To his surprise, Kharl is soon called upon again by Lords Ghrant and Hagen. Back in his hometown of Brysta, he discovers that his old enemy Egen is engaged in a plot with the Hamorians to take the throne from his father and open Nordla to the enemy. Kharl has to find a solution, for the sake of both the land of his birth and his adopted new country.