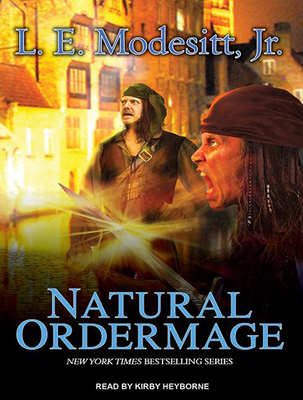 This is book number 14 in the Saga of Recluce series.

Rahl, a young apprentice scrivener on the island of Recluce, likes life to work out in his favor. And he has a bad attitude, too. To make sure things go his way, he uses a small amount of order magic at opportunistic moments-but his abilities are starting to get the attention of the Council magisters. So the Council sends him to the mage training school for testing, and through misuse of his powers, which are getting stronger all the time, Rahl gets himself banished to the continent and empire of Hamor. As an exile in Hamor, working in the Ordermage Council's import and export business, Rahl's powers increase-and so does the amount of trouble he can get into.