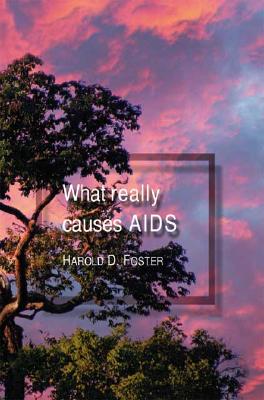 WHAT REALLY CAUSES AIDS: AN EXECUTIVE SUMMARY The AIDS pandemic is likely to become the greatest catastrophe in human history. Unless a safe, effective vaccine is quickly developed, or the preventive strategies outlined in this book are widely applied, by 2015 one sixth of the world's population will be infected by HIV-1 and some 250 million people will have died from AIDS. Its associated losses by then will be more than those of the Black Death and World War II combined, the equivalent of eight World War Is.

The author lives with his wife Sarah, stepson Dan, and cat McNuff in Victoria, British Columbia. A Canadian by choice, he was born in Tunstall, Yorkshire, England where he was educated at the Hull Grammar School and University College London. While at university, he specialized in geology and geography, earning a B.Sc. in 1964 and Ph.D. in 1968 from London University. He has been a faculty member in the Department of Geography, University of Victoria since 1967. A tenured professor, he has authored or edited some 190 publications, the majority of which focus on reducing disaster losses or identifying the causes of chronic disease or longevity. He has published hypotheses on the origins of numerous diseases including myocardial infarction, SIDS, cancer, diabetes, schizophrenia, multiple sclerosis, amyotrophic lateral sclerosis, Alzheimer's and Parkinson's diseases and stroke. His numerous books include Disaster Planning: The Preservation of Life and Property, Springer Verlag: New York; Reducing Cancer Mortality: A Geographical Perspective, Western Geographical Press: Victoria and The Oxymandias Principles, Southdowne Press, Victoria. He is a member of the Explorers Club and numerous academic organizations including The New York Academy of Sciences, The Royal Geographical Society and The Royal Society of Literature. He is also the editor of both the International and Canadian Western Geographical Series and is a member of the boards of the Journal of Orthomolecular Medicine and the Canadian Schizophrenia Foundation. He has been a consultant to numerous organizations, including the United Nations, NATO and the governments of Canada, Ontario and British Columbia. Every day he takes at least the recommended daily allowance of the known essential nutrients, in the belief that this will slow the aging process. As a result, most of his salary is spent in health food stores. His other bad habits include providing treats to all the neighbourhood dogs; losing at chess to his computer; being regularly beaten by Dan at video games and, with the assistance of @Derby and various computer models, failing to correctly predict the outcomes of horse races. For a more complete curriculum vitae visit http: //www.geocities.com/fosterhd/ Also available from Trafford: What Really Causes Schizophrenia