Divine Destiny: Prophecies and Teachings of the Ascended Masters (Paperback) 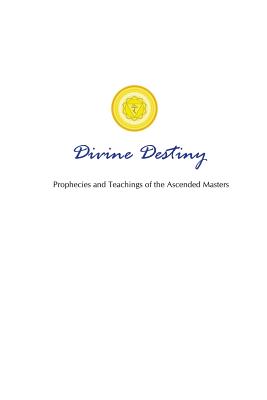 Have you ever wondered about Atlantis, or the lost continent of Mu, or the lands of Lemuria? What united the ancient people of Earth, and what led them into terrible, divisive wars that depleted their economies and inevitably led to their demise?
Divine Destiny presents the lands of our myths and legends, with the geologic science that corroborates the prophecies and spiritual teachings of the Ascended Masters.
Lori Toye is best known for the I AM America Maps of Earth Changes, however, in 1999 she was contacted by Lord Macaw - an ancient tribal leader within the Toltec nation of Ameru - and given a compelling map of Ancient Earth: The Map of the Ancients. The map depicts another time on earth, when men were spiritually realized as divine beings (the HU-man) through the Quetzalcoatl (Christ) energies, and the great kingdoms of Rama, Mu, and Lemuria flourished. Divine Destiny shares spiritual teachings from Lemuria that are grounded in the foundational teachings of the lost Thirteenth School and the Right-Hand Path (the right use of energies), and their traditions and spiritual wisdom which were re-established in the New World after world-wide cataclysmic Earth Change.
Divine Destiny assists humanity's passage through 2012 and the critical years ahead, with important insight regarding humanity's upcoming shift in consciousness. This book - the third volume of the Golden Cities series - continues the vital instruction regarding the use of the Golden Cities (the prophesied New Jerusalem) and their role in achieving spiritual initiation through the Ascension Process.
Lori Toye is known for the best-selling I AM America Earth Changes Maps, which introduced spiritual teachings of prophecy and the Time of Change. Her initial work was published more than twenty years ago before public awareness of the serious environmental issues of Global Warming and Climate Change. Lori's work has been featured on NBC, FOX, UPN, London's Carlton Television, in the Washington Post and the New York Times.