Tsalix Silverthorn and the Scepter of Destiny (Paperback) 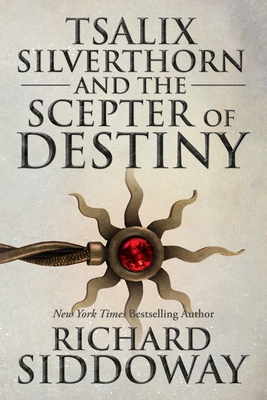 King Elosha is dying and his twin sons, Princes Abadon and Johona, are deeply embroiled in a battle over the throne of Sodizen. One is noble and the other is a psychopath. Hoping to end the bloody chaos and restore peace, the King summons three men from the small village of Aravah, tasking them with the impossible of retrieving talismans that are prophesied to unlock the Scepter of Power on Mount Destiny.

To aid them on their fantastical quest, King Elosha bestows upon each of them, vials of elements to be opened when needed most. Amidst their honor and duty, they find their hometown torched to the ground, with surviving family and friends imprisoned by Prince Abadon. They are faced with choosing between rescuing them or completing the mission. The brave men choose to obey the King, overcoming tumultuous weather, terrain, dangerous and helpful mythical creatures alike. With scarce food and water, led by Tsalix, the three men embark on an arduous odyssey across the kingdom to retrieve the Scepter on Mount Destiny and restore peace in the realm.