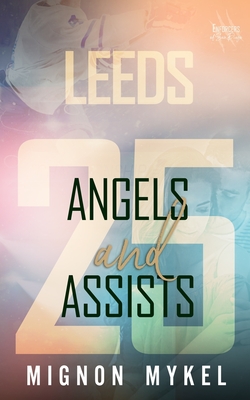 From the author of Prescott Family, comes the next installment in the Enforcers of San Diego interconnected series, featuring a widower father who learns: sometimes forever has been in front of you all along...After growing up in a household without a mother and with a father who could not care less, Mikey Leeds took his world into his own hands. Being drafted into the Ontario Hockey League at seventeen, then the National Hockey League at eighteen, should have been the height of his dreams...but that was only the icing on the cake.Moving to Canada for hockey was only the beginning of the good life. It also brought him Trina Perri.Life was good.Life was perfect.And it all came crashing down one night in late December.Year after year, the twenty-third of December brings darkness into Mikey's life. He can't catch a break.This December, he's taking a page from his own book. He's going to take back his life, and not let hockey superstitions hold him back.He has an angel on his side, while another has always been in front of him. He just needs to see the assist for what it is, and not let her go...Again.This is a standalone in an interconnected series. It is not necessary to read the previous Enforcers of San Diego books, however characters from that series, as well as Prescott Family, will make appearances