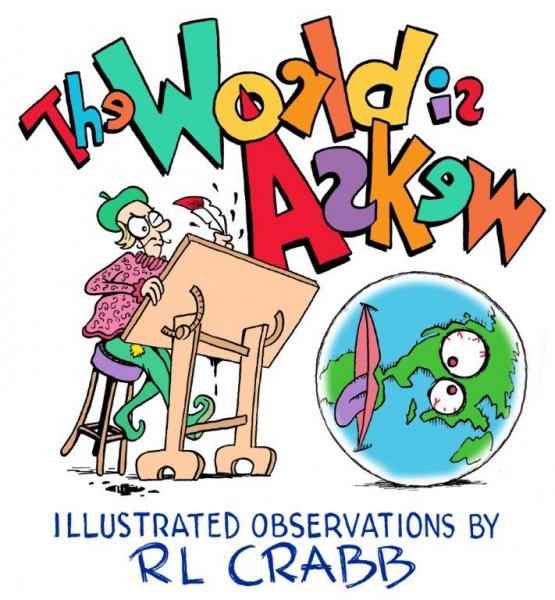 R.L. Crabb’s first newspaper cartoon appeared the day after Ronald Regan was elected. Since that time his crude and vulgar works have appeared in countless publications including: Weirdo, Rip Off Comix, Grateful Dead Comix, Snarf, Loompanics Live in Las Vegas, The Comics Journal, and the San Francisco Chronicle.

Crabb currently writes, draws, and occasionally stars in “It Takes a Village Idiot“, every Saturday in the Grass Valley Union. A virtual smorgasbord of half baked schemes, barbecued sacred cows, stuffed shirts, lame ducks, odd birds, and all the corn you can stomach, the author vacillates between long-winded diatribes of questionable logic and stark images of respectable citizens in compromising positions. He has little respect for political movements and claims to be a “Groucho Marxist,” rejecting membership in any party that would have him as a member.

Join us on the evening of October 20 beginning at 4:00PM, where R.L. Crabb will be here presenting his latest collection "The World Is Askew," which is currently available to pre-order.

The World is Askew (Paperback)